When the God of Abraham Issac and Jacob decided it was time for liberation, He confronted the global Pharaonic powers head-on. The days of His people suffering religious persecution, economic oppression, and forced state-sponsored sex-selective abortions were over. No, this is not America 2022. It was The Exodus from Egypt.

Each of the ten plagues of Egypt dealt with a specific god of Egypt. For example, in the 10th plague, the death of the firstborn, YHWH says, “ON all the gods of Egypt I will execute judgments. I am the Lord”. Ex. 12:12.

PLAGUE number one was the decimation of Egypt’s economic system. The Nile River was the lifeblood of Egypt. When it became death to the nation, the economic gears of global power came grinding to a halt. But Pharaoh’s magicians could duplicate the plague with their “strong magic.” Humans are spectacularly good at reproducing God’s economic provision in our lives and erecting false financial security systems to enslave nations.

For example, in 1944, the Breton Wood agreement established the global banking system, and the IMF and World Bank were born. Brokered by the UN with delegates from 44 nations, Breton Wood invented how global powers came to control global currency. And that agreement acknowledged that the US Dollar was pegged to Gold, so any financial maneuvering had limits. But in 1970, Nixon officially dissolved the Breton Wood Agreement but kept the agreement’s international banking instruments. This dissolution paved the way for Nixon to move the US off the gold standard in 1971. The strategy seems pretty clear:

The global banking system was no longer constrained by a tangible and limited store of value. It’s been more than 50 years since Gold held back the world powers. But, friends, we know the economic shaking has touched us all. The Nile has indeed turned to blood.

The second plague of frogs was an assault on the cult of fertility and the womb, ruled by the Egyptian frog goddess Heket. First economics, and then life. Egypt duplicated this plague with its strong magic. But as long as anyone besides God regulates the giving and taking of fetal life, a nation is not truly free. But think of what happens we the covenant with death is annulled?

Finally, the 3rd plague demonstrated God’s power to breathe life into the dust of the earth, demonstrating ONLY GOD can give life to what is dead. Pharaoh’s magicians can only concede and declare, “Surely this is the finger of God.” They can not duplicate this. Who but God can give life to the dead?

It’s essential to note the people of God all suffered through the first three plagues. Economic shaking, who controls the womb, bringing life from things that are dead.

And then came plague number four, flies or beetles. But here, God has a different plan for His people. The Lord of the Flies was known as Ba’al. The God who is your master. God says in Exodus 8:22, “But on that day I will set apart the land of Goshen, where my people dwell, so that no swarms of flies shall be there, that you may know that I am the LORD in the midst of the earth.” God desired to demonstrate His presence amid the collapse of Egypt by blessing His people and setting them apart. He says, “Thus, I will put a division between my people and your people.” Division is the Hebrew word “ransom.” So from plague four on, all of Israel was set apart, distinguished from Egypt because God had ransomed them. God’s holy, ransoming land was called Goshen.

Knowing God is not enough; we must serve Him and worship Him alone as Lord. When that happens, the rest of the plagues of Egypt do not come near our families. Through the darkest point in Egypt’s history, there was LIGHT in Goshen.

You may ask, “Where are the LANDS OF GOSHEN in America?” We, the set-apart ones, a Holy nation of Kings and priests, a consecrated royal priesthood meant to demonstrate God’s power to a world system crumbling around us; we are lands of Goshen.

Because we are the lands of Goshen during this period of our Exodus from slavery to global powers and the assaults of cancel culture, we, the Church, the Ekklesia, God’s governing body on the earth, must build a firewall against the governmental, financial and spiritual encroachment on God-given liberty. This is how we can do it.

First, we must legislate economic liberty. One vehicle for doing this is “Special economic zones” or SEZs. SEZs are a limited geographic area within a nation with different business and trade laws than the rest of the country. These specific areas have been established worldwide with varying degrees of success since the late 1950s. Typically they incentivize foreign trade and direct investment with “tax holidays,” long-term residency, and other perks. For example, the Trump Administration’s 2017 Tax Cuts and Jobs Act created “Opportunity Zones.” These were a type of SEZ meant to bring direct investment into lower-income areas across America.

The Philippines is a nation that specializes in SEZs. To support and further grow investment, they wrote banking privacy laws that prevent anyone from seeing how you spend, invest or give your money into their constitution. The desire was to keep the Government’s all-seeing eye from tracking your use of a financial resource. The Swiss only have banking privacy regulations written into Article 28 of the Civil Code, whereas the Filipinos took the matter further. It seems to be working. Earlier this year, SpaceX and Starlink, Elon Musk’s rocket and internet companies, signed an agreement with the Government to provide broadband satellite internet. To do this, SpaceX is setting up a wholly-owned subsidiary in the Philippines. While public details of the plan I found do not mention, this is precisely the deals SEZs attract.

We can use the vehicle of special economic zones to keep the use of our money private and limit undue tax burdens.

Second, we must establish financial liberty and regain our monetary sovereignty. The use of web three stablecoins backed by Gold is one such possibility. Kevin Freeman and others are already working on this in places like Texas, where soon you may be able to use a secure block-chain enabled cryptocurrency to transact securely within the current American constitutional requirements for minting currency. Moreover, suppose that gets paired with legislative protection of personal and corporate wealth utilization. In that case, web three stable coins have the potential to shield those who use them from the financial terrorism employed by rouge heads of state, as we have recently seen in  Canada by Justin Treadue.

Last, and most importantly, we must firewall the souls of our citizens with old-school, one on one evangelism. The Kingdom of God is at hand. When we preach the Kingdom, witness to individuals, and follow God into the seats of power, we can begin to disciple nations.

Our American form of Government can not govern a people absent God. Edmund Burke said, “society cannot exist unless a controlling power upon will and appetite be placed somewhere, and the less of it there is within, the more there must be without…men of intemperate minds cannot be free. Their passions forge their fetters.” Forged in the fires of liberty and law, the United States founders knew if people are to live free, they must have constraints on their behavior; otherwise, it’s not freedom; it’s anarchy. The most secure form of liberty comes from within. When Jesus orders our hearts, our actions become constrained by God, not Government. This is true freedom.

The problems facing our nation are monumental. I don’t deny this. But I refuse to lose hope and give in to the prevailing spirit of this age. I live in Goshen. There is light in my house. I am a lamp, a beacon set on Holy Spirit Fire and placed on a hill that the world would see the power and goodness of God. This is our inheritance as sons and daughters of God. And while we may all go through economic shaking and the battle to protect preborn life, when God breathes life into the dust of our life and becomes our Lord and Savior, we are set apart. Holy. Protected. Loved. Ransomed. 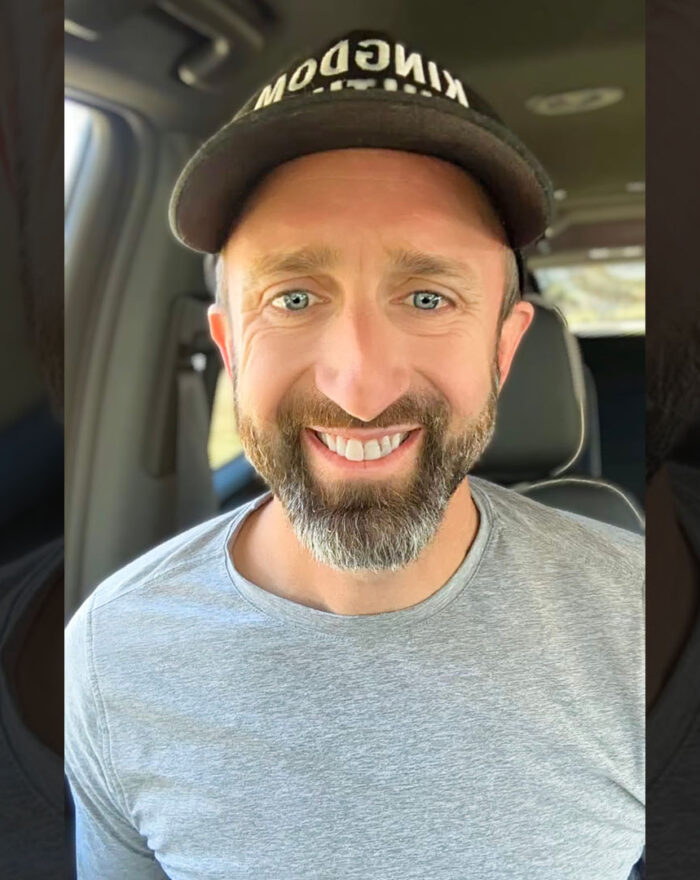 Joseph and Those Who Forgot 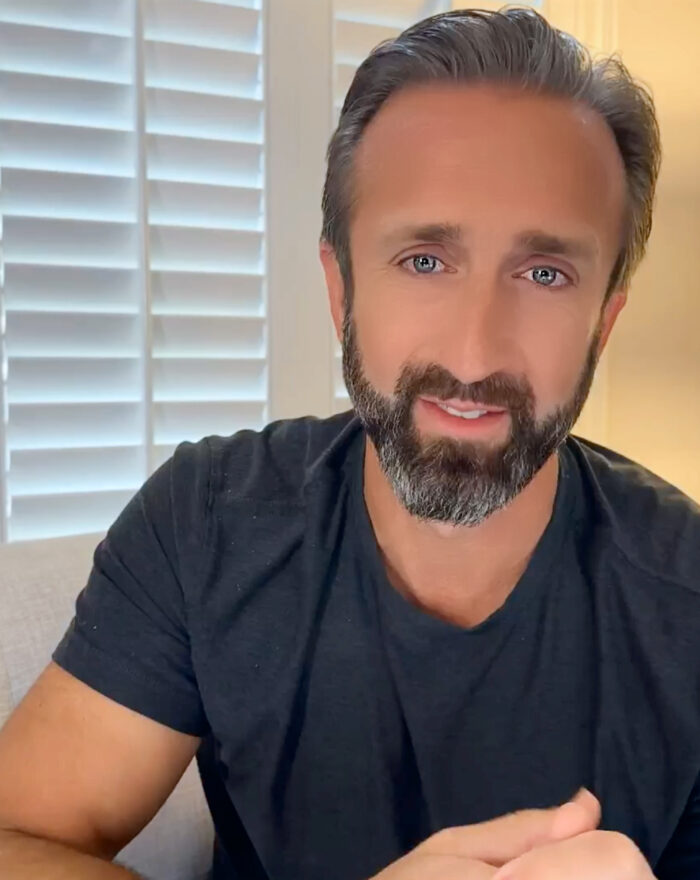 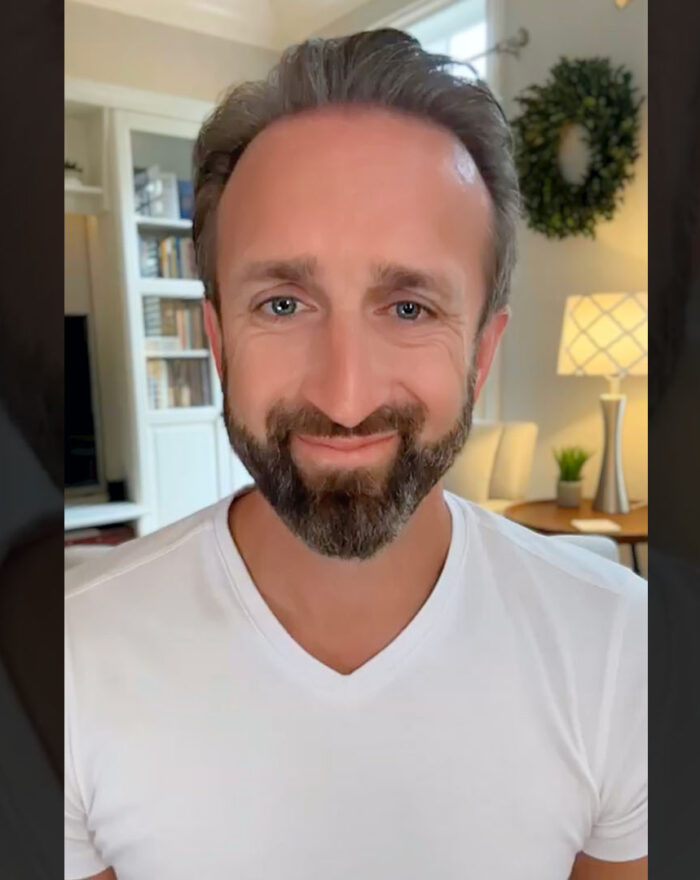 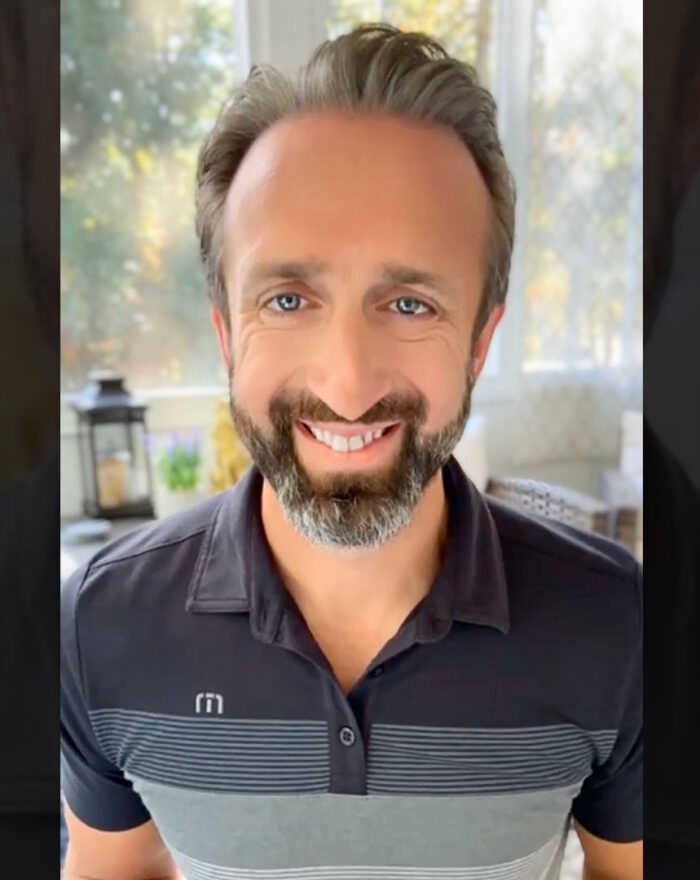 Speaking with God’s Authority Not Our Own 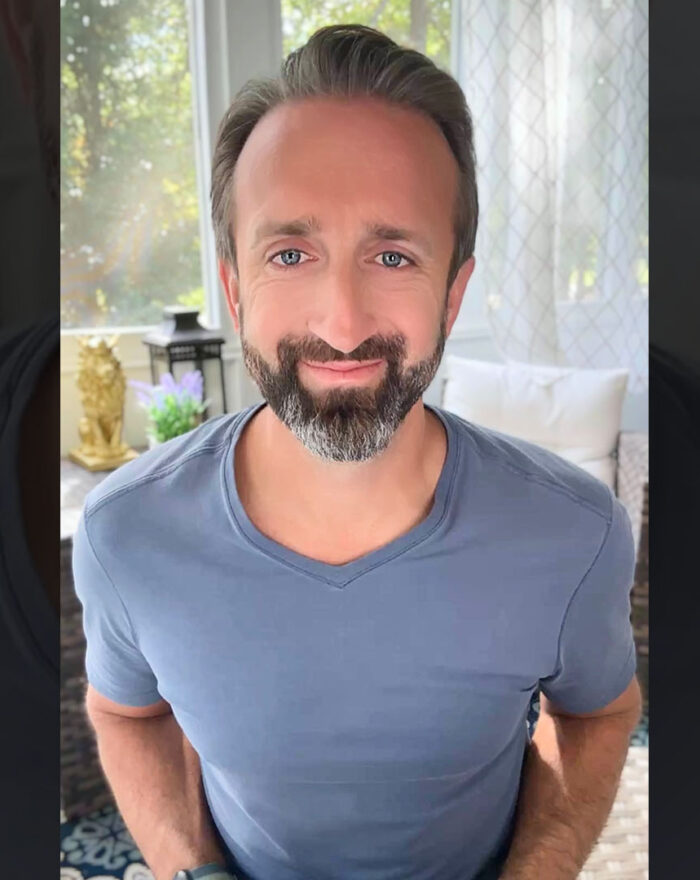 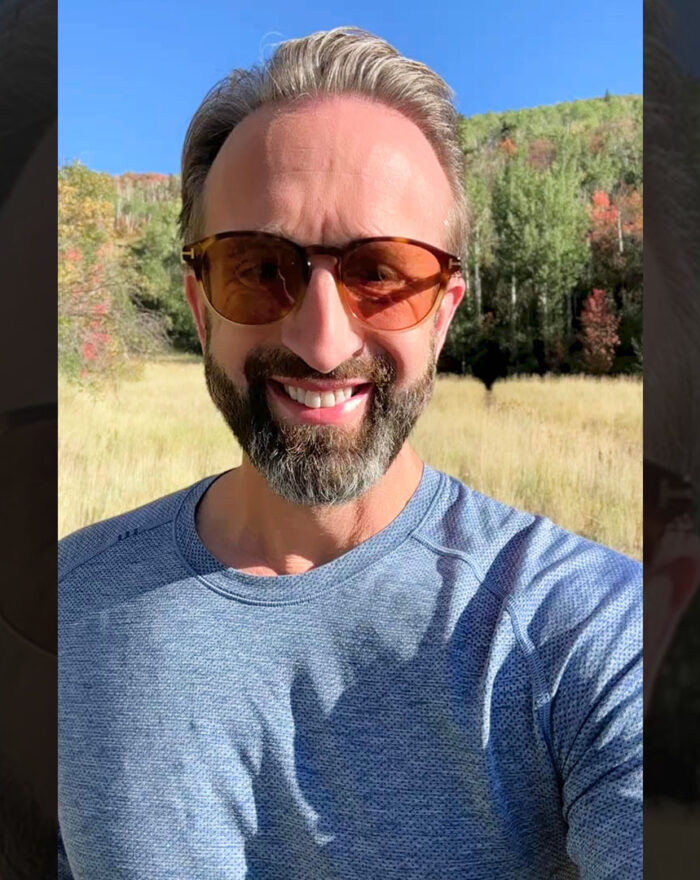 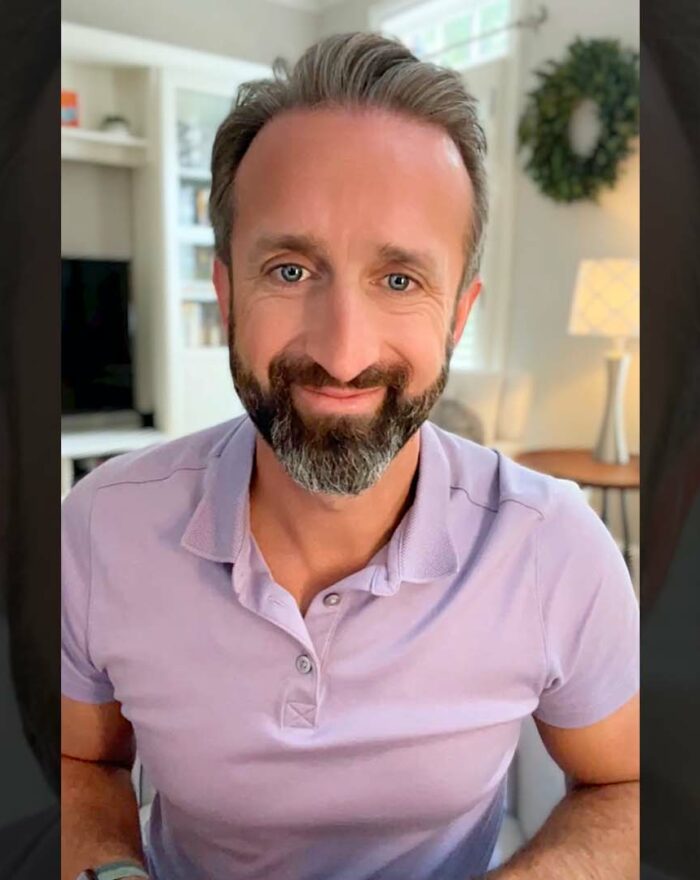 When we don’t know how to pray 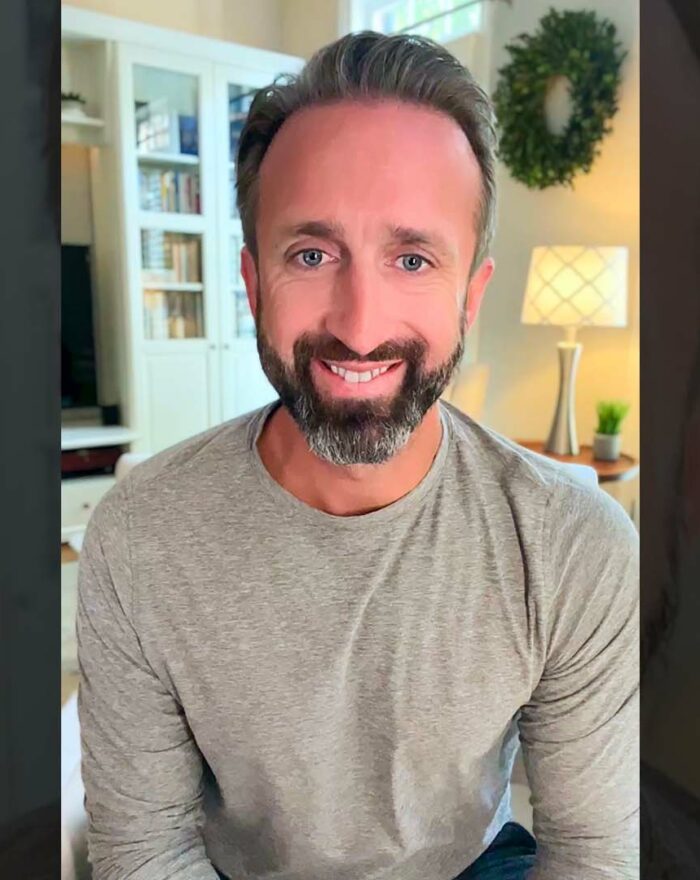 POTUS and the REAL Soul of the Nation 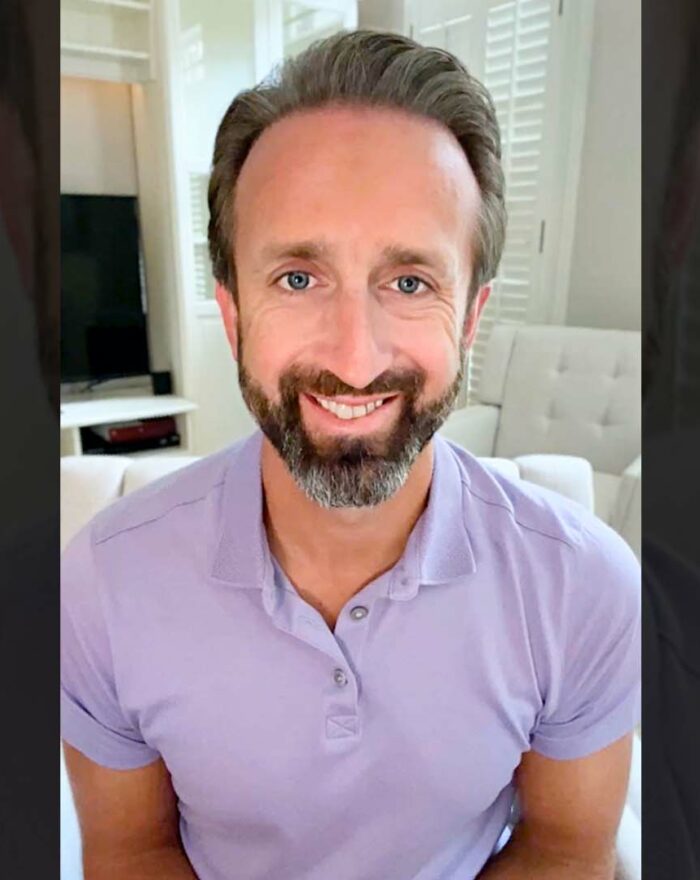 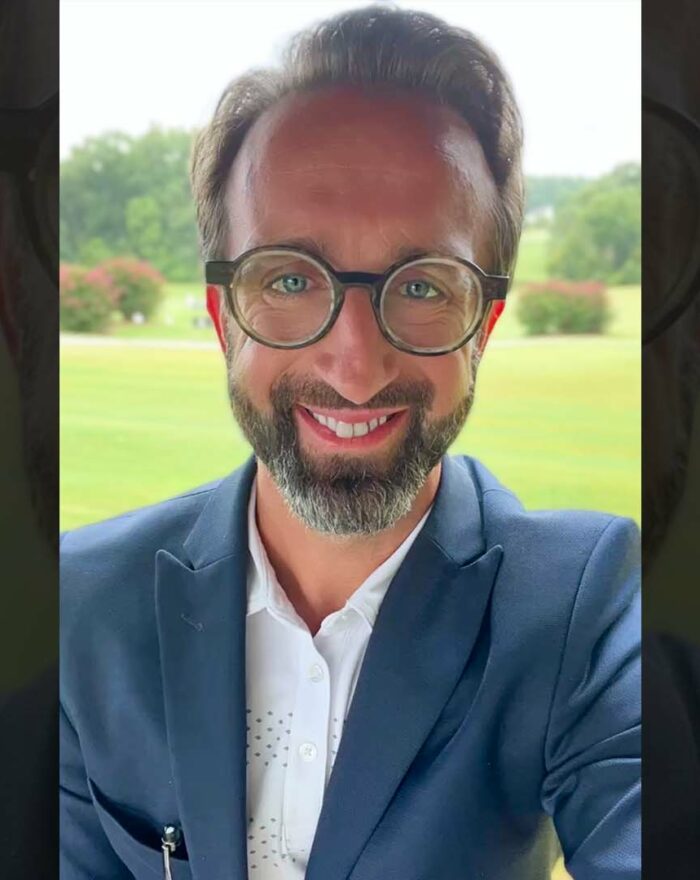 Gratitude in a Battle Gives Life When There’s Peace 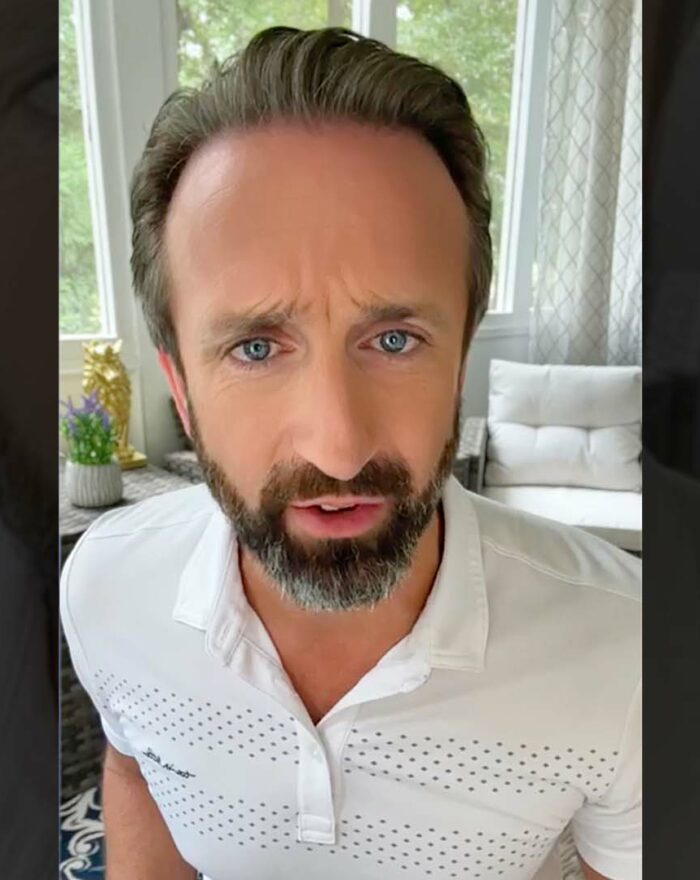 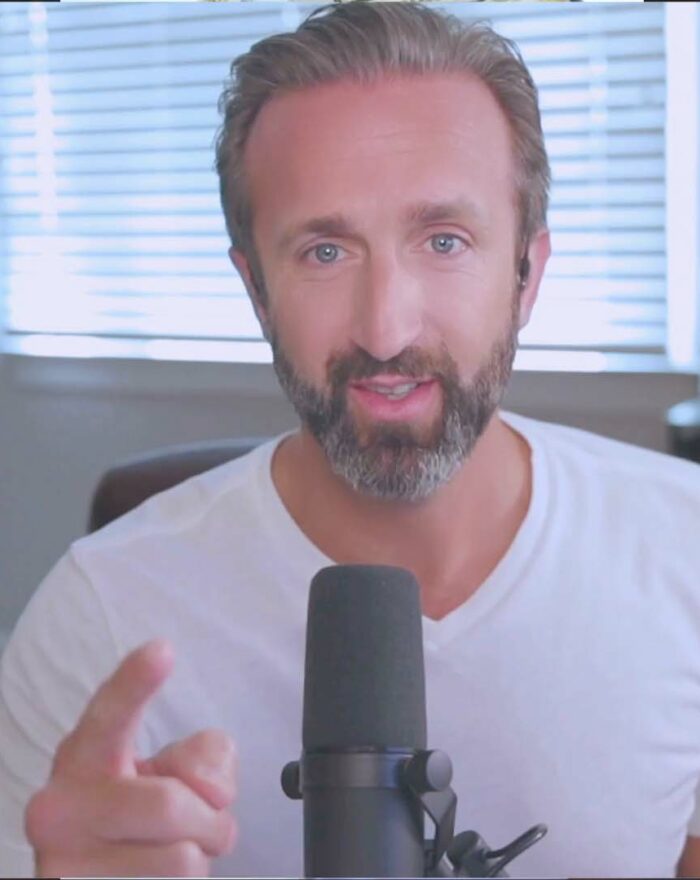 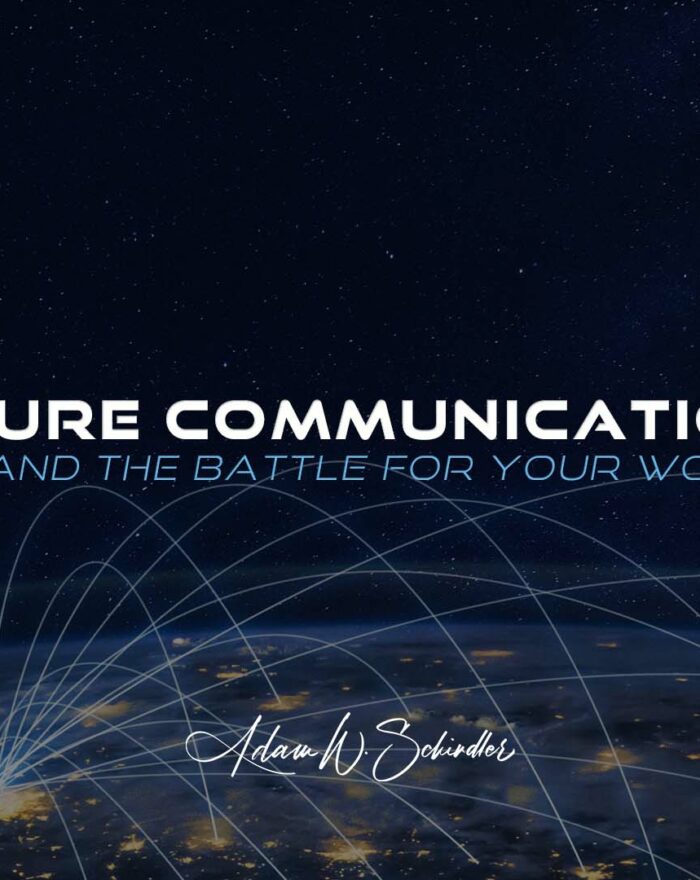 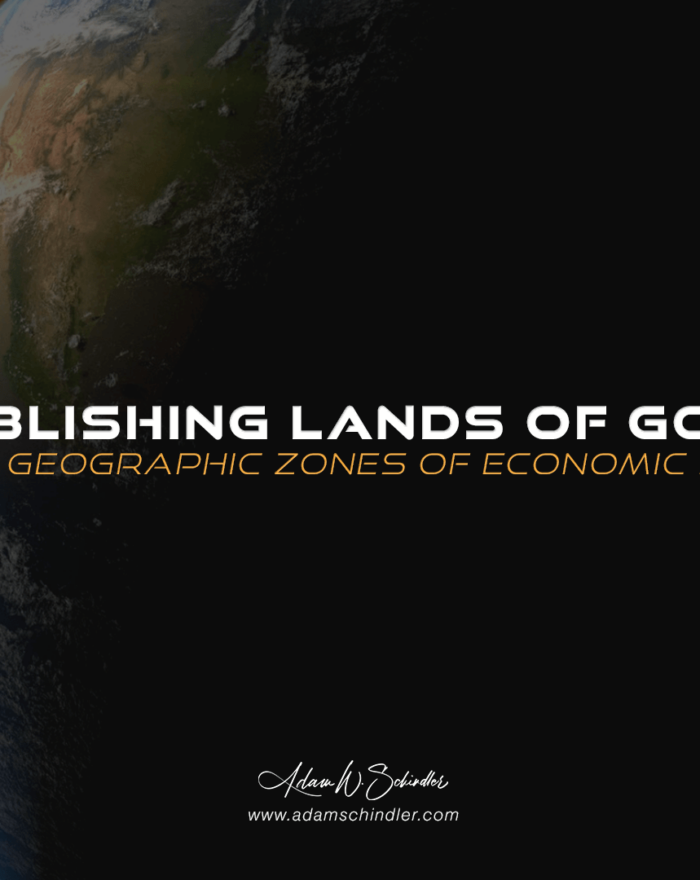 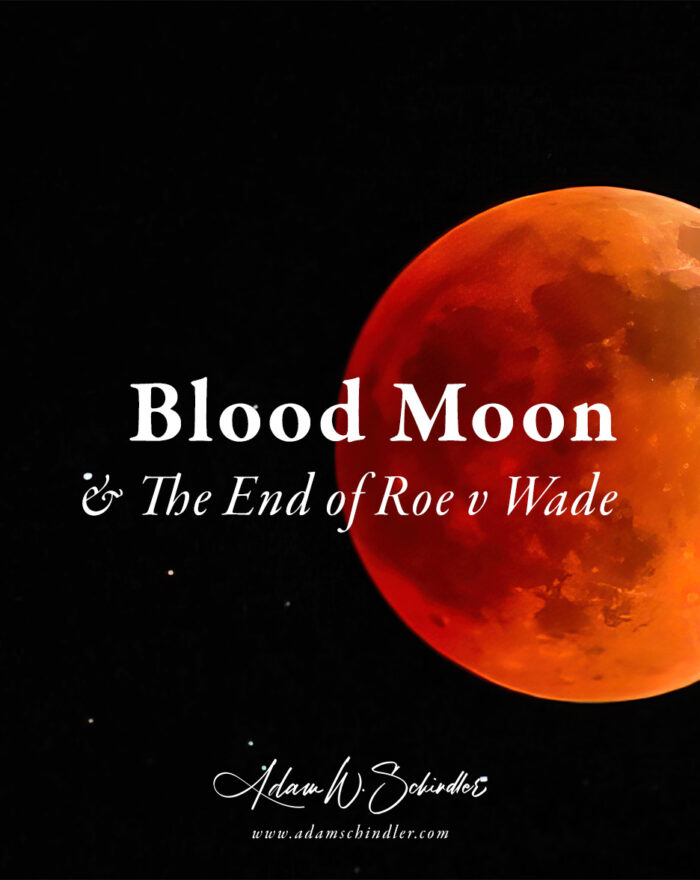 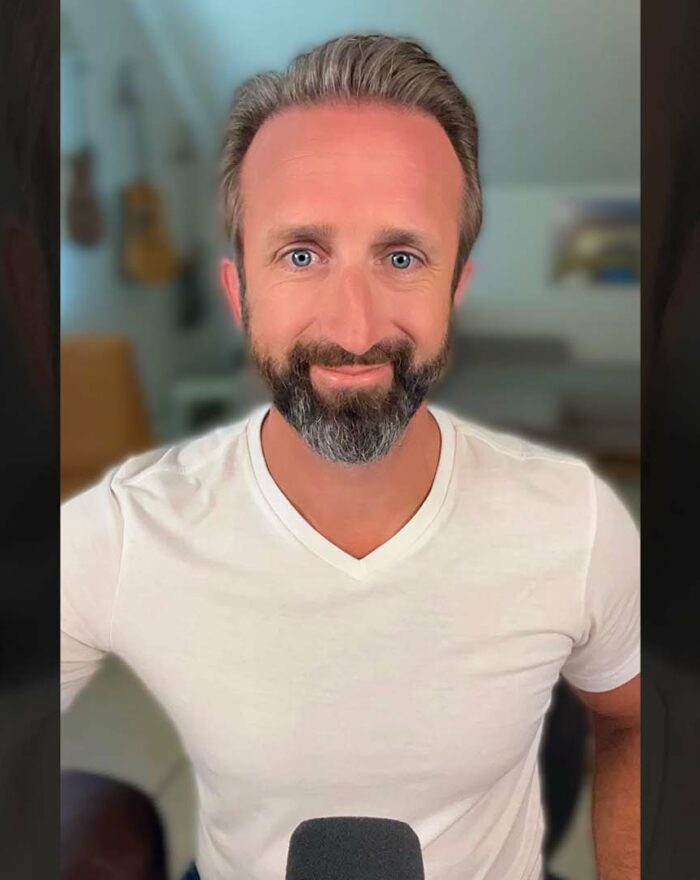 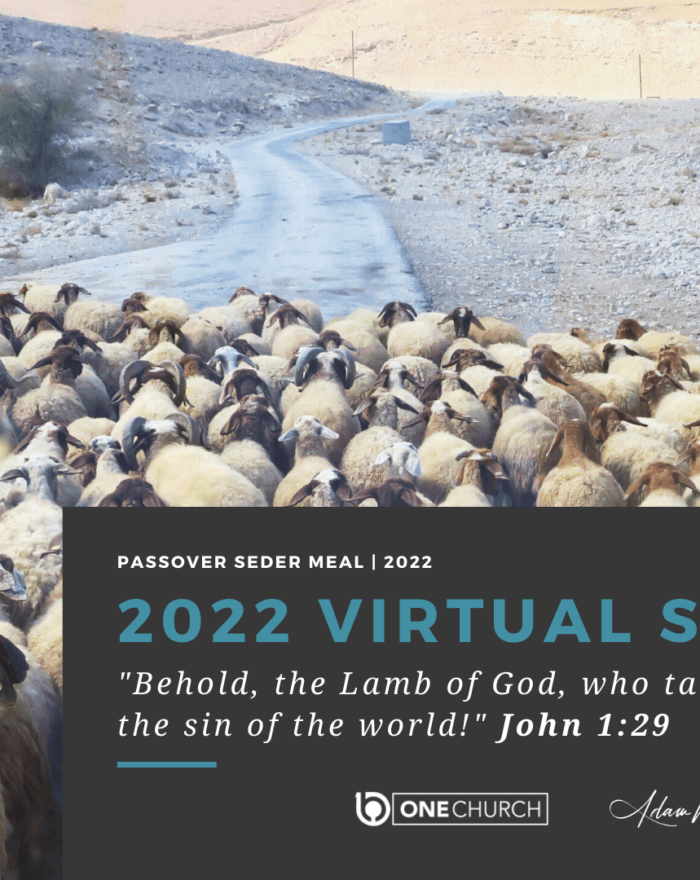 Reviews for Establishing Lands of Goshen

There are currently no reviews for Establishing Lands of Goshen
Please sign in or register for a new account to leave a review.