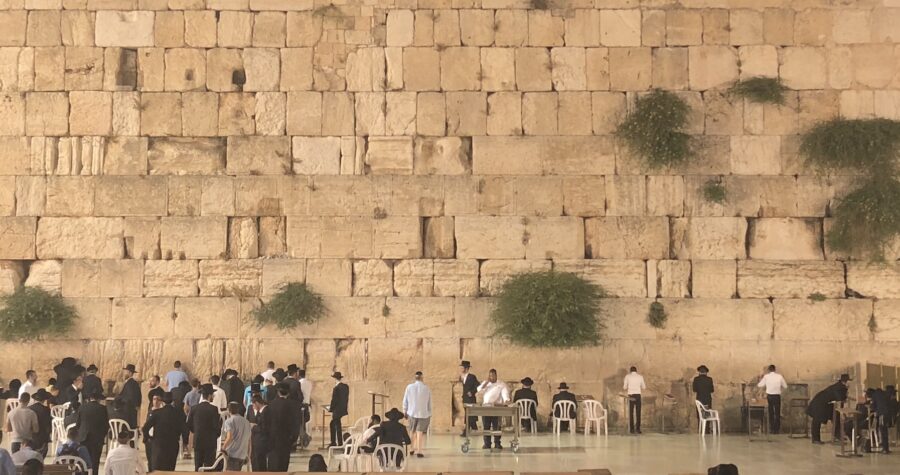 REPOSTED WITH PERMISSION FROM MILLIONVOICES.ORG

Strategic communicator, Bible teacher, and Million Voices contributor Adam W. Schindler says that supporting Israel “is not a political thing or a theological thing, it’s a biblical thing.” In today’s podcast, Adam shares how his understanding of God’s heart for the people and the land of Israel has grown over the years through his study of the Scriptures as well as his involvement in joint U.S.-Israeli events.  He expresses the importance of America’s current partnership with Israel and why believers should pray for the peace of Jerusalem.

Adam explains that God’s eternal, biblical covenant with Israel is not just about the land. It is about what He wants to do through His people and through His Messiah, Jesus. The covenant was never just about the land, but it was never without the land. God grounds His eternal purposes in a physical place, and in physical time. Jesus came to a physical place in time to do a spiritually eternal thing.  In studying and praying God’s word concerning Israel, we discover God more deeply. And who Jesus the Messiah is to us. We understand prophetic promises for Israel spoken by the prophets Jeremiah, Ezekiel, and others are coming to pass even to this day.

The United States has been a constant friend and ally to the modern state of Israel since its birth in 1948. Our biblical support for Israel reflects our shared values and interests. It is vital to establish a secure, democratic, free bastion of religious liberty in the region as well as freedom to vote, and economic opportunity for both Jews and Arabs.

Adam believes American Christians should get involved in politics because “Elections are won and lost by razor-thin margins. We must get informed, share what we learn, and pray. You don’t have to become a great political pundit, and you don’t need to argue and prove people wrong or right. But it is important to educate yourself on the issues that are significant.” He also recommends prayer. “Ask God what He’s doing in your nation, what He’s doing in your city, what He’s doing in your family, and then listen to what He says.”

From that posture, take your place in your civic environment and vote accordingly. Then watch things shift because of how you vote and how you pray. Your prayers matter. Your voice matters!